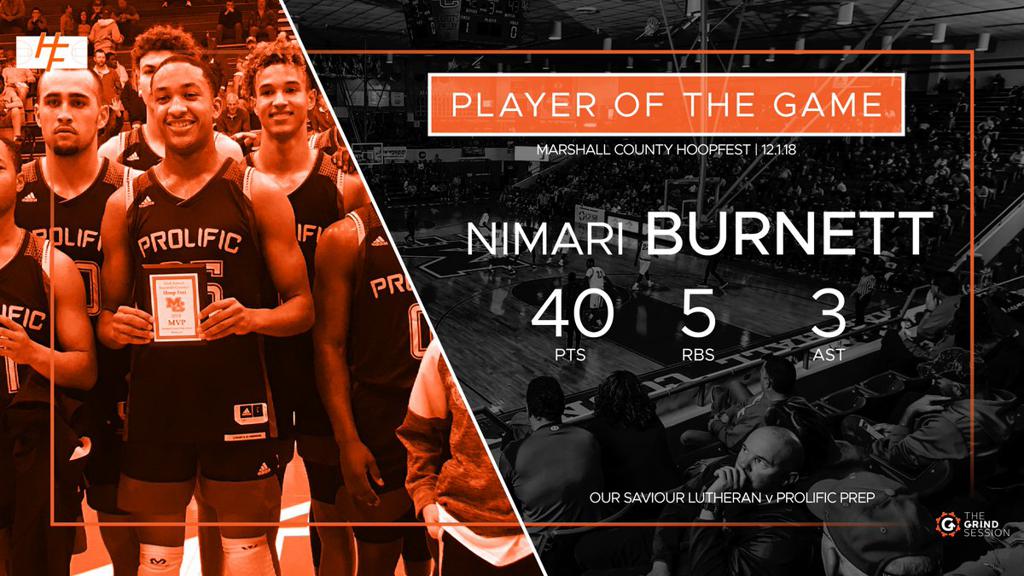 Entering the Marshall County Hoopfest, Nimari Burnett was considered to be one of the best shooters in the 2020 class.

After Saturday's performance, it might be time to rank him at the very top.

The 6-foot-4 scoring guard finished with 40 points, only the 8th player to score 40 at the Marshall County Hoopfest. Burnett was 13-for-22 overall, going 8-for-15 from distance and 5-for-7 from two-point range. Burnett was 6-for-7 at the free throw line, and added in five rebounds and three assists for good measure.

Burnett's performance was an impressive offensive display, but what's more impressive is who it came against. Burnett's explosion came against Dashawn Davis and Posh Alexander, OSL's high-major guards duo and one of the best backcourts on the east coast.

Burnett, who helped Team WhyNot advance to the Peach Jam Championship Game in this summer's NIKE EYBL, is accustomed to playing against elite talent. Prolific Prep's star junior didn't bat an eyelash at Alexander or Davis, and ended up having a career game.

View All | RSS
Tweets by @PrepCircuit