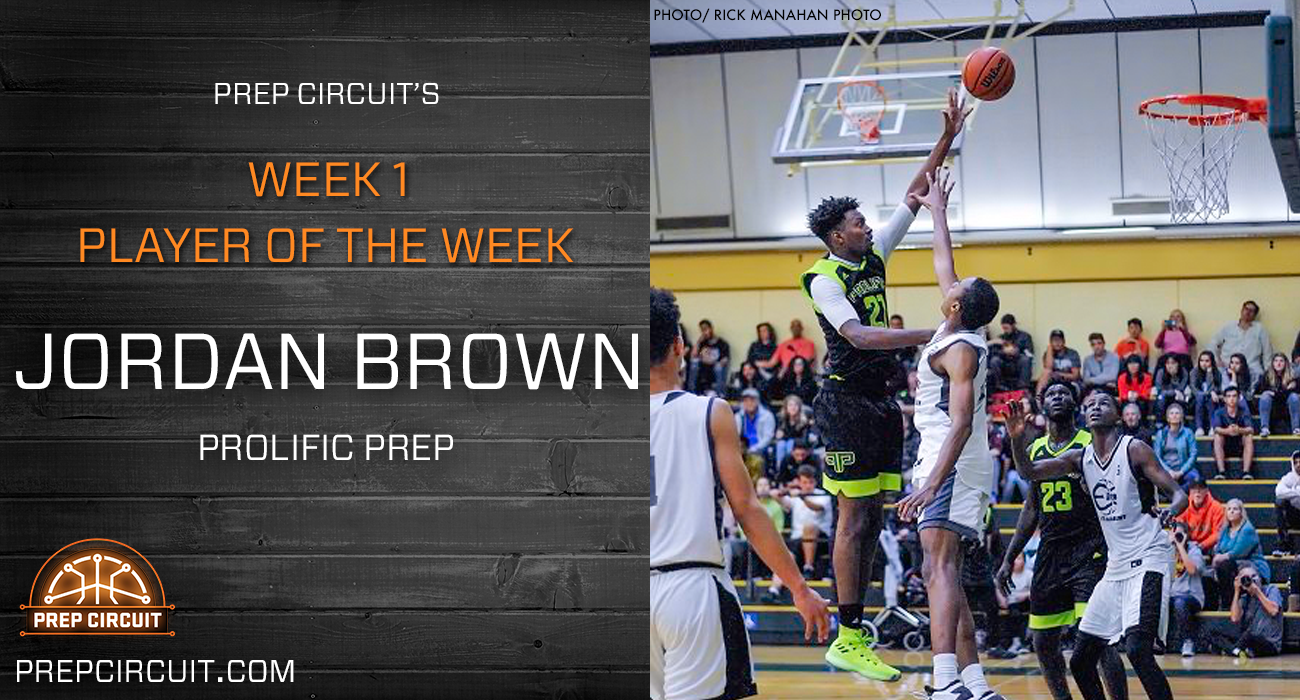 The title of the article says 'week 1', but for Jordan Brown, his entire month of November has been an extended campaign for our inaugural 'Star of the Circuit' award.

Brown, a 6-foot-11 senior transfer from Woodcreek in California, has completely dominated since making the move to Napa. Brown has led the Crew to a 7-0 record to start 2017-18, saving his best for Prolific's most recent two games.

Brown racked up 16 points, 14 rebounds and two assists in the Crew's first Grind Session win over Taylor Made, and followed it up with some heroics in their next outing.

Trailing Bella Vista Prep 58-57 with seconds remaining, Amadou Sow found himself with the ball after a Bella Vista missed free throw. Sow found Brown under the basket, who laid in the game-winning layup as time expired.

Brown impressed against Taylor Made and Bella Vista, and had been putting up video game numbers in their previous games. Brown missed one game due to rest, but racked up some outrageous numbers in Prolific Prep's first four games:

Considering head coach Billy McKnight has a roster loaded full of Division 1 recruits, the No. 7 Crew likely won't have to depend on Brown dominating in order to win. Brown has proven very quickly that he's more than ready to play alongside elite talent, which was a question mark as he made his way over from Woodcreek.

It's a long season for Brown and company, but if he continues his current progression, you will be looking at a strong contender for the McDonald's All-American game.

View All | RSS
Tweets by @PrepCircuit